CSS3's opacity property makes it easy to change the opacity of images, text, s, and other elements. Where before we might have resorted to images with a semitransparent alpha setting, we can now change the opacity via CSS. Even better, we can change opacity more easily with :hover to create rollover effects. Let's look at an example:

If you open this page in a browser, it looks like this: 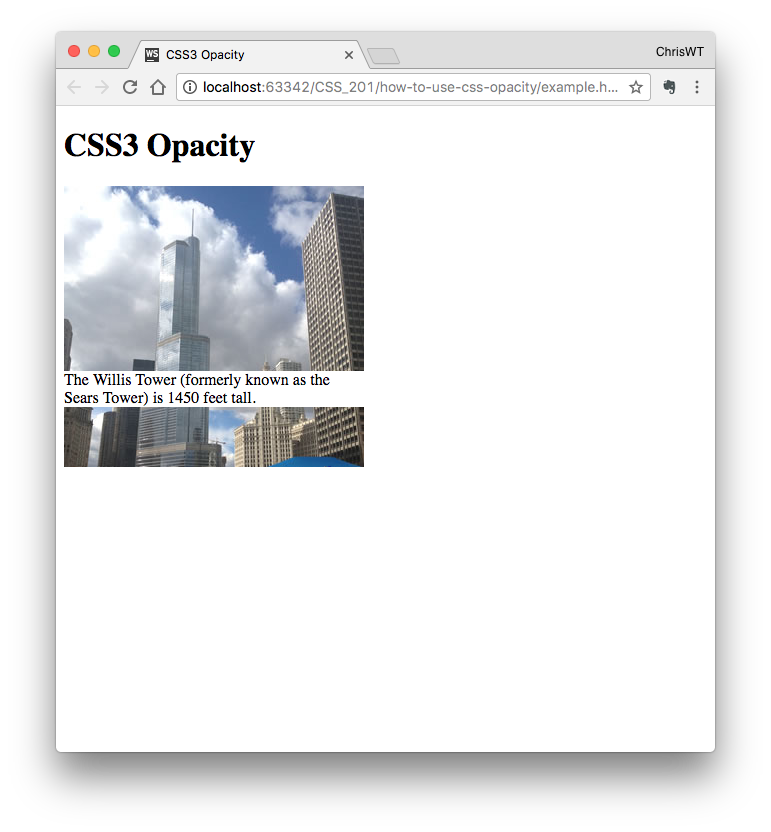 Chris Minnick, the co-founder of WatzThis?, has overseen the development of hundreds of web and mobile projects for customers from small businesses to some of the world’s largest companies. A prolific writer, Chris has authored and co-authored books and articles on a wide range of Internet-related topics including HTML, CSS, mobile apps, e-commerce, e-business, Web design, XML, and application servers. His published books include Adventures in Coding, JavaScript For Kids For Dummies, Writing Computer Code, Coding with JavaScript For Dummies, Beginning HTML5 and CSS3 For Dummies, Webkit For Dummies, CIW E-Commerce Designer Certification Bible, and XHTML.

Webucator provides instructor-led training to students throughout the US and Canada. We have trained over 90,000 students from over 16,000 organizations on technologies such as Microsoft ASP.NET, Microsoft Office, Azure, Windows, Java, Adobe, Python, SQL, JavaScript, Angular and much more. Check out our complete course catalog.