To get started, create a new folder named Webucator on your computer wherever you want, but make sure you remember where it is. Then, download the demo and exercise files that you will use throughout these lessons and unzip them into the Webucator folder you created.

We use Visual Studio Code for Django development and we recommend that you do too, at least while working through these lessons, as it will make it easier for you to follow along with the many demos and exercises.

Visual Studio Code has many freely available extensions for different programming languages. Python developers should install Microsoft’s Python extension. As shown in the screenshot that follows: 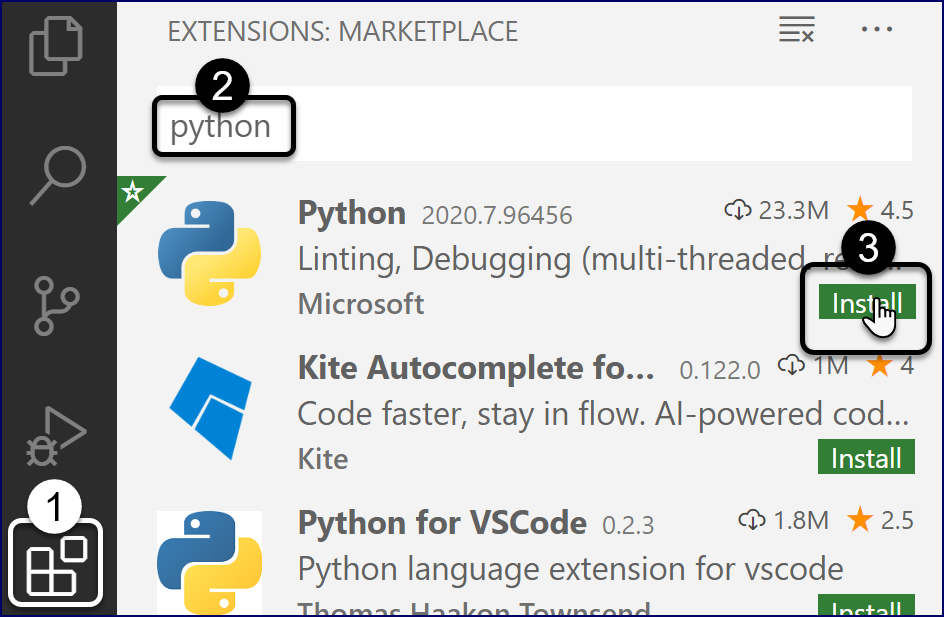 You can customize the Visual Studio Code color theme by selecting File > Preferences > Color Theme. The default is a dark theme. We use a light theme for our screenshots.

Python runs on Microsoft Windows, Mac OS X, Linux, and other Unix-like systems. The first thing to do is to make sure you have a recent version of Python installed:

If you have Python 3.7 or later, you are all set, though we recommend you get the latest version, which is 3.8.5 at the time of this writing.

You can download Python for free at https://www.python.org/downloads/. After running through the installer, run python -V in the terminal again to make sure Python installed correctly.

If you would prefer to be able to use the python command for Python 3 (and who wouldn’t), visit https://www.webucator.com/blog/2020/02/mapping-python-to-python-3-on-your-mac/ to see how you can map python to python3.